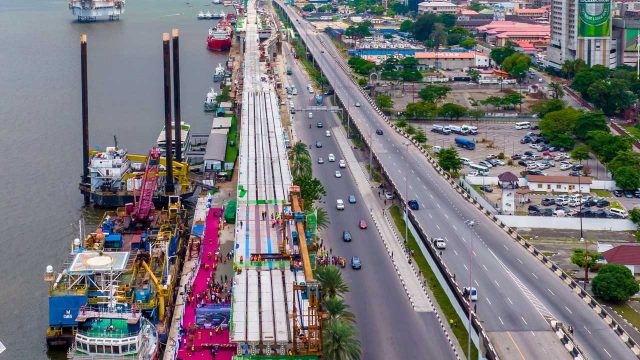 That signified that the project entered the final stage of construction.

The 27-km Lagos Blue Line Rail Mass Transit project, constructed by the CCECC, is expected to ease the serious traffic congestion in the city.

“Today’s final T-beam launch indicates that we are gradually inching toward the completion of the civil infrastructure for the Blue Line,” Sanwo-Olu said.

He said the rail line will be tested immediately after completion, while passenger movement will start in the first quarter of 2023.

Liu Weimin, chairman of the CCECC, said the company will continue to work for a high-quality delivery of the entire project.

He said as a responsible international contractor, the CCECC is always ready to participate in more public infrastructure construction and make greater contributions to the development of Nigeria.

With the installation of the final T-beam, all the difficult civil work of the light rail project has been completed, and builders will go ahead to set the rail tracks. 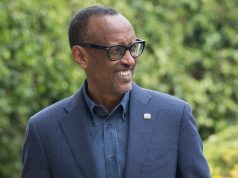 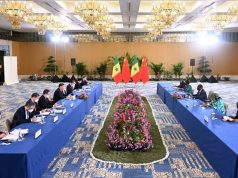 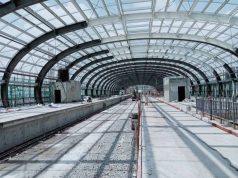