China has witnessed historic achievements and changes in its transportation development over the past 10 years.

Isolated islands have been connected to cross-sea roads; remote Gobi deserts have been covered by modern transport networks; villages deep in the mountains have embraced rapid development due to better logistics.

China has built a prospering transportation system with developed road networks, as well as sea and air routes that reach every corner of the world, which both facilitates people’s traveling and smoothens the flow of commodities.

China’s huge economic development and livelihood improvement couldn’t have been achieved without the rapid development of the transportation sector.

Over the past 10 years, China has built and renovated about 2.53 million kilometers of rural roads, connecting 105,000 administrative villages to hardened roads. The country’s fixed-asset investment in railways in the same period totaled 7 trillion yuan (about $1 trillion), stretching China’s railway mileage by another 52,000 kilometers. Besides, 82 civil airports have been built or relocated, bringing the total to 250. The country now has 5,581 air routes.

The continuous improvement of the transportation system is lifting Chinese people’s living standards, and the rapidly developing infrastructure is significantly optimizing transport capability, quality, and efficiency.

The well-built infrastructure and complete public services are enabling more Chinese people to pursue their dreams.

According to the seventh national census, 493 million Chinese, or 35 percent of China’s total population, do not live in their native provinces. Besides, China’s floating population surged nearly 70 percent in the past 10 years to 376 million.

As of the end of 2021, over 20,000 couples had married through inter-provincial marriage registration, and there were more than 50,000 hospitals nationwide offering cross-provincial settlement services to inpatients. More than 100 million people have obtained digital driver’s licenses.

Inter-provincial government services have practically enhanced people’s sense of fulfillment, happiness, and security, playing a vital role in promoting entrepreneurship and innovation and in vitalizing the market.

China is building a unified national market and striving for market connectivity to involve every entity in the national market and present commodities and services across the country to every consumer, which has further released the potential of domestic demand and energized enterprises. As a large country with a huge market and population, China enjoys a strong momentum for future development.

Thanks to the great mobility, stories of innovation and creation are heard every day in China. Recently, a woman from Qingdao, east China’s Shandong province went viral online for live streaming sea fishing and sharing stories of fishermen. On livestream platforms, she sold local seafood to consumers from all over the country, which helped many fishermen increase their income.

What makes her a success in China’s continuously improving modern logistics system, is that there are millions of similar stories across the country.

In 2021, the number of newly-added market entities went up 15.4 percent to the top 28.87 million, with 25,000 market entities newly registered per day on average. In the first half of this year, Chinese express delivery companies handled 51.22 billion express parcels. Last year, courier services were available in over 80 percent of Chinese administrative villages and more than 37 billion parcels were shipped to and collected from rural regions.

The fast developing expressway network in north China, the world’s largest three-tower cable-stayed bridge under construction in south China, and the continuously extending Sichuan-Tibet Railway… Since this year, a number of major transport projects have been in full swing.

The diligent and smart Chinese people have the infinite capability of innovation, and once this capability is fully released, China will see a broader space of development. It is believed that China, with great mobility, will better release the potential of its people and will always be full of vitality. 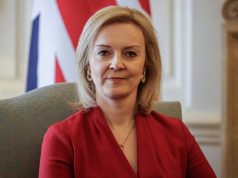 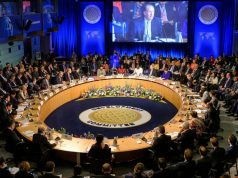