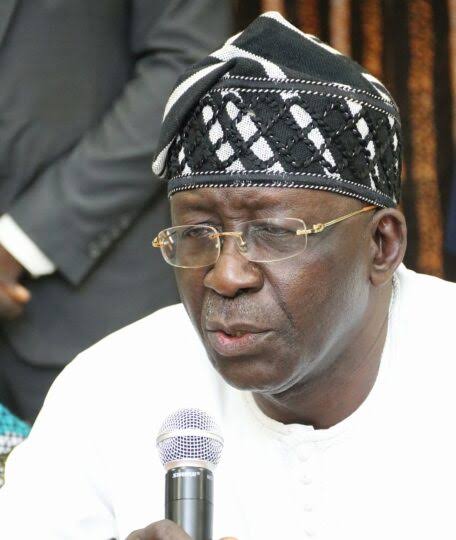 A whopping N1billion was paid out to the National Chairman of the People’s Democratic Party (PDP) Iyochia Ayu, by some vested interests in Lagos for political reasons, which he never declared to the party, Rivers State Governor, Nyesom Wike, revealed on Friday.
Wike, who described the PDP boss as “very corrupt,” told reporters, during a media chat in Port Harcourt that the money was taken from a presidential aspirant in Lagos, whom he did not name, daring him to deny the allegation and be fully exposed.

Stating that the bribe money he took was to influence proceedings ahead of the parties primaries in Abuja, Wike, said: “Ayu is very corrupt. Ayu has an opportunity to challenge me. Some of the governors can tell you. Will he deny the fact that he did not collect one billion naira in Lagos.

“He met one of the presidential candidates, and said he did not think the governors will sponsor the party. He collected the money and it is not in PDP account. If he denies it, I will call some of the business men who arranged the money in Lagos. We are not even challenging him on that.”
Though he explained that the corruption allegation was not the reason for demanding the ouster of the party chairman from office, but to ensure that the South was adequately represented at the party top echelon, he insisted that Ayu must fulfill the promise he made before the primaries to resign if a presidential candidate emerged from the North.

DeRock
His words: “Nobody forced Ayu to make the pledge on resignation if a Northerner emerged; he knew this was the practice. Was it Wike that told him to make a pledge? Will he deny the fact that he didn’t collect N1bn from Lagos? He met one of the presidential aspirants towards that effect; let Ayu come out and deny and I will bring out the facts.”

The crisis facing the opposition party took a new swing on Wednesday when Wike and members of his camp pulled out of the party’s presidential campaign council, declaring that they would not support the candidacy of Atiku unless the national chairman resigns.

Wike also maintained that he would not resign from the party as being insinuated. He said he would remain in the PDP to “fight for fairness, equity and justice”