A new function for a protein that regulates osteoclasts—the cells that break down bone—has been discovered by researchers, and it may pave the way for the creation of new treatments to prevent bone loss.

Bone remodeling in the body is a delicate balancing act between osteoblasts, cells that produce bone, and osteoclasts, cells that break it down. Diseases like osteoporosis, arthritis, and periodontitis all cause bone loss and are associated with an increase in osteoclast activity.

Researchers from the University of Pennsylvania and colleagues offer new insight on the regulation of osteoclasts in a recent study that was published in the journal Proceedings of the National Academy of Sciences, potentially shedding light on the imbalances that may lead to disease. The study identified the protein IFT80 as a crucial component in controlling osteoclast populations. The researchers also discovered that mice missing IFT80 had larger-than-expected populations of osteoclasts and developed severe osteopenia.

“When you think about translation to the clinic, we believe this finding is very important,” says Shuying (Sheri) Yang, an associate professor in Penn’s School of Dental Medicine and the study’s senior author. “As we begin to understand the mechanism and the gene function of IFT80, we may be able to consider it as a potential therapeutic target. For example, a DNA- or mRNA-based therapy that introduced this protein could help treat certain bone diseases.”

After seeing an earlier study in Nature Cell Biology, Yang and colleagues became interested in IFT80. That study discovered that IFT, or intraflagellar proteins, are involved in T cell protein transport. Yang’s lab studies these proteins and the finding caught her attention since T cells and osteoclasts are both produced from hematopoietic stem cells, the precursors of blood cells.

IFTs aid in the formation of cilia, which are antenna-like sensory organs that extend from cells, by transporting proteins from the cilia’s base to its tip and back again. Yang and colleagues previously demonstrated that IFTs serve key roles in regulating osteoblasts and chondrocytes, cells that maintain cartilage, from mesenchymal stem cells, which produce and maintain bone, cartilage, and other tissue types.

To explore the role of IFT80 specifically in osteoclasts, Yang’s group developed a knockout mouse line that lacked the protein in precursors of osteoclasts. Notably, they found these animals had significantly lower bone volume compared to normal mice, and their osteoclasts nearly doubled in number. “It was a dramatic change,” Yang says. 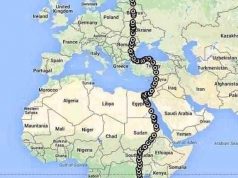 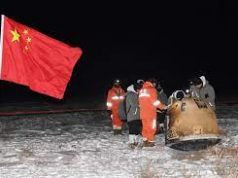 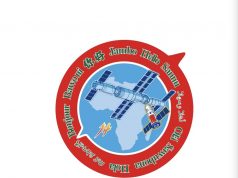 Chinese astronauts to engage Nigerian youths at interactive from space