The president of the Nigerian Guild of Editors (NGE), Comrade Mustapha Isah has advised senior journalists, especially editors, who are the final authorities in the news supply chain to apply caution in reporting the tirades of political party spokesmen.

Isah sounded the note of caution on Sunday when the Guild hosted the NNPP presidential candidate, Senator Rabiu Kwankwaso in Lagos.

In his opening remarks, he lamented what he called the reckless and riotous comments and responses of the spokesmen of most presidential candidates.

He expressed concern that these persons, in their desperate bid to defend their principals have trashed decorum and civil communication.

“The way these spokesmen are going, I have started to see the need for them to also sign the peace accord as the presidential candidates did. They have become so reckless and fly off the handle with every little opportunity.

They simply heat up the polity, and sometimes worse than their principals. We have seen some of the candidates meet and greet or hug at public events and places and even share jokes. But the spokesmen spill bile with every comment or interview.

“With the way they are going, it has become expedient that I sincerely call on all members of the Guild and very senior journalists to apply the right checks.

“None of us is under any obligation to publish or air everything they say. Most of their statements are harsh and not tempered. So we need to be careful not to aid them in turning the political space and electioneering season into warfare,” he cautioned.

The NGE has been hosting some major candidates and political top players for chats and interactive sessions lately as its contribution to ensuring that the country goes through peaceful elections in 2023. 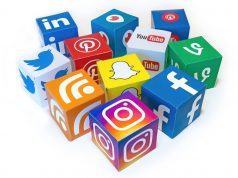