The Chinese government, arising from its October 20th National Congress of the Communist Party of China, has kicked against deliberate pollution of the world

A documentary on the CGTN, the Chinese national TV frowned against the actions of some countries that deliberately flout the climate change rules and charter and turn around to apologize.

From its considered position, the best the countries of the world as responsible parties should do is to abide by the basic rules that from the beginning avoid all forms of environmental pollution. 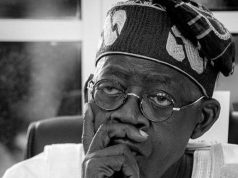