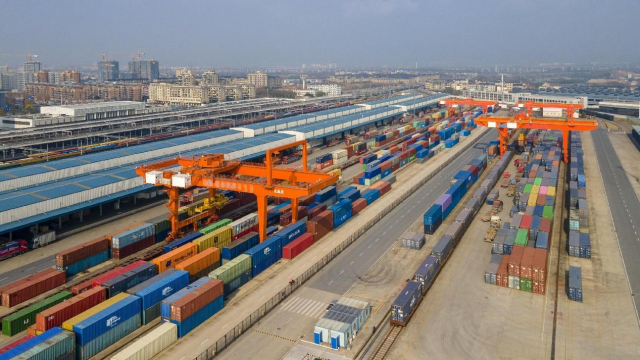 China’s GDP expanded 3 percent year-on-year to 121 trillion yuan ($18 trillion) in 2022, climbing above the 120 trillion-yuan mark for the first time.

The world’s second-largest economy navigated uncharted waters throughout the year and overcame headwinds – which ranged from the coronavirus and geopolitical tensions to interest rate hikes and waning overseas demand.

Despite a mild slowdown in the fourth quarter due to an uptick in the infection curve, China still outshone most other major economies including the US, Japan, and Germany in 2022. The comparisons again highlighted China’s dual role as both the locomotive and the stabilizer of the global economy last year, when its manufacturing capability helped the world tame inflation and stabilize supply chains.

Averaged over the past three years, GDP grew an impressive 4.57 percent – fresh evidence demonstrating China’s sound long-term economic fundamentals, which observers said were not dented by the epidemic but instead were preserved and further strengthened thanks to the three-year dynamic zero-COVID response that maximized social economic gains with minimum costs.

This year started on an upbeat note, with people embarking on a frenzy of shopping ahead of the coming Spring Festival holidays. With the return of consumer confidence evidenced by streets and malls thronging with shoppers, China is on a firm trajectory for a rosy GDP growth of above 5 percent in 2023, analysts said, predicting that domestic consumption will be the mainstay of the recovery amid a possible global recession.

“In 2022, China’s economic output jumped to a new height, topping 120 trillion yuan after hitting the level of 110 trillion yuan and 100 trillion yuan in 2021 and 2020, respectively, and China maintains its standing as the world’s second-largest economy,” Kang Yi, director of the National Bureau of Statistics (NBS), said at a press briefing of the State Council Information Office on Tuesday.

He noted that China’s GDP per capita stayed above the $12,000 mark for two years in a row, close to the high-income countries defined by the World Bank.

According to data released by the NBS on Tuesday, industrial added-value rose 3.6 percent year-on-year in 2022, while fixed-asset investment gained 5.1 percent.

Retail sales slumped 0.2 percent to 43.97 trillion yuan in 2022, but it is the second consecutive year that the reading was above 40 trillion yuan, showing that China has kept its position as the world’s second-biggest commodity retail market.

“The outcome has slightly beaten market expectations, and it is a hard-won result given all the unexpected internal and external short-term shocks, and that China didn’t squarely resort to stimulus spending like Western countries,” Hu Qimu, deputy secretary general of the digital-real economies integration Forum 50, told the Global Times on Tuesday.

According to Kang, China’s 3-percent GDP growth in 2022 was “relatively fast” compared with other major global economies.

Germany has released a projected 2022 GDP growth of 1.9 percent, while the economic outputs of the US and Japan are estimated to have expanded at less than 2 percent last year based on an IMF prediction, Kang said.

The IMF forecast a 2.4 percent growth in 2022 for advanced economies.

A highlight of the data shows that China’s global competitive industries such as new-energy vehicles (NEV), advanced technology and electronic products displayed startling growth, riding the wave of the ongoing industrial upgrade momentum despite the influx of downward pressures. In particular, NEV output skyrocketed at an astonishing 97.5 percent last year.

“It is a good sign that once the shockwaves ebbed, the economy was able to recover quickly on the basis of healthy fundamentals. China has a unique edge in the sheer size of its market. So as long as the economic fundamentals were stabilized, we can withstand external challenges,” Hu said.

While Western media outlets have been badmouthing China’s economy, claiming last year’s growth as “the second-slowest in four decades,” analysts said it is important to gauge an economy over a longer time frame, such as three or five years, to eliminate short-term factors and provide a more objective picture.

China’s economy grew 8.4 percent in 2021, and in 2020 – the first year of the coronavirus – GDP rose 2.2 percent, the only major economy to expand. That translates to an annual growth of 4.5 percent over the last three years, arguably one of the fastest among major economies.

“It is not an exaggeration to say that the situation in 2022 was more perilous than 2020. Internally, we had sporadic outbreaks in manufacturing bases including Shanghai and South China’s Guangdong Province that grounded local factories and logistics, as well as a property market slump. Externally, escalating geopolitical tensions drove up bulk commodity prices, subjecting China to skyrocketing imported inflation pressure,” Hu said.

China’s growth impulses – backed by its cost-effective COVID measures – were felt globally in the past three years. Tian Yun, an independent macro analyst, told the Global Times on Tuesday.

“Last year, when Washington’s aggressive interest rate hikes jolted the market, affordable ‘Made in China’ products were the key factor in reining in global inflation. The country also boosted exports of bulk commodities including crude oil and other energy products to Europe when the bloc was crippled by an energy crisis,” Tian said.

The Spring Festival, China’s most important traditional holiday, is still several days away, the country is already filled with joy, auspiciousness and blessings for a prosperous year. Ahead of the festival, many Chinese travelers have been packing their bags, heading for their first international travel in three years after China downgraded its COVID response in early January.

On the tropical island of South China’s Hainan Province, duty free shops are crowded with passionate travelers looking to release their pent-up consumption demands. The optimism is reflected in the Chinese stock markets, which have been in a bullish run since the beginning of the year.

The signs are ripe that China is getting a head start on the year of 2023.

“The main theme of the Chinese economy in 2023 is to walk out of the shadow and regain growth potential,” Hu noted, predicting that GDP could grow 5-5.5 percent this year.

Xing Zhaopeng, Senior China Strategist with ANZ Research, told the Global Times that China will see a V-shaped recovery in the next few months to the pre-pandemic level, and its GDP in 2023 is forecast to be 5.4 percent.

“A low base and quick normalization from infections will be two major helping hands,” Xing said.

Tao Wang, chief China economist at UBS, said in a research note sent to the Global Times that GDP growth could rebound to 4.9 percent in 2023, led by consumption and helped by property stabilization.

Nevertheless, the Chinese economy still faces grim challenges this year, in particular with exports amid sliding global demand, and the country will have to rely more on domestic consumption and investment to shore up the economy, analysts said. 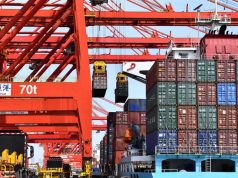 IMF, others see brighter economy and more global impetus for China in 2023 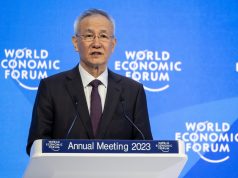