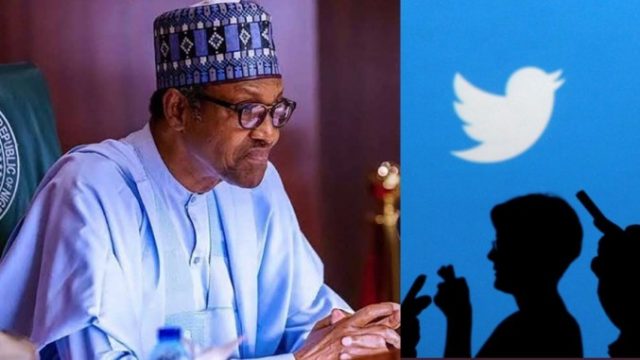 It is already six days of Nigeria’s economic, communication and media system living without Twitter after the federal government  ban that has received wide condemnation from within and outside Nigeria.

Mr. Lai Mohammed, the Minister for Information announced the decision that has been described as punitive and retrogressive, and also elicited litigation and planned litigation.

The suspension of the operations of Twitter in Nigeria came few days after the microblogging and social networking service deleted President Muhammadu Buhari’s tweet threatening civil war and implied genocide on some section of Nigeria.

Mohammed stated that the persistent use of Twitter for activities that were capable of undermining Nigeria’s corporate existence was responsible for the suspension.

With the indefinite ban, Nigeria joined the list of countries such as China, Iran, North Korea that have restricted the use of the platform.

But China’s non-use of the twitter is tactical policy to create and protect the local equivalent, Sina weibo from undue competition and China uses that with billions of users,

However, many experts who expressed their opinion on the matter said there was no justification for the ban, especially since it has become a source of livelihood for thousands of Nigerians and a reliable news dissemination platform.

According to them, the ripple effect of the ban will impact economic activities some of which are sources of income to millions of young Nigerians.

Many young Nigerians use Twitter to market their products, advertise their skills and source information. More so, Ministries, Departments and Agencies have lately deepened the use of Twitter to disseminate information, having found it effective and cost-saving.

Jide Awe, Chief Executive Officer of Jidaw Systems Limited and an ICT guru pointed out that the ban will economically affect Nigeria.

He said there will be loss of income and productivity by businesses in various sectors that use Twitter to conduct businesses.

Awe also stated there would be loss of economic opportunities from Twitter interactions and engagements.

The Jidaw boss noted that there would be loss of direct and indirect jobs due to loss of income and opportunities adding that  communication costs would be increased.

A source who spoke on condition of anonymity condemned FG’s ban on Twitter saying the government did not weigh the implications of her action. “Did the government consider people that earns their livelihood through Twitter?”, he asked.

He said, many Nigerians will be out of job because of this, adding to the number of the unemployed. This, of course is not good for the country.

“The suspension will reduce traffic on online news platforms that leverage Twitter to extend their reach and bring news closer to the people.

For telecos, the suspension will also mean a dip in data revenue as Twitter remains one of the most popular social media platforms in Nigeria. Telecos also resolve several of their customer complaints through their social media handles and also intimate them on latest promotions will have to deploy another means to achieve this going forward.

All these will further slowdown economic activities when Nigerians are battling with high unemployment rate, and rising inflation.”

Samuel Ola said: ‘The fact the government really did this, is worrisome. Now it is Twitter. Only God knows what next if we don’t stand strongly against this. I am an influencer on Twitter and I make my money from promoting products and brands on the platform. This is like taking away my source of income because I already have a huge following and this could affect that.”

On his own, the President, Association of Advertising Agencies of Nigeria (AAAN), Steve Babaeko who appealed to the government to rescind the ban immediately said unemployment among the youth segment currently stands at about 35 per cent, depending on which state of the Federation you are looking at, the Crypto and Twitter ban will only exacerbate the unemployment situation. “An idle hand they say is the Devil’s workshop.”

On the business impact, Babaeko explianed a sizeable portion of the youth population earn their livelihood off Twitter, some simply by being attack dogs or mouthpiece for politicians and the government. “Clearly income for those youths will be lost no thanks to the ban”, he stated. 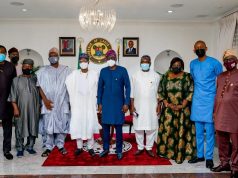